HostMilano and Sic, Excellence in Coffee, with an Eye on the Future

Top players from Italy and abroad, espresso, specialties and brews, high-level events and training sessions, as well as synergy with other industries like pastry and gelato, food service equipment, pasta and baked goods, and the large-scale retail channel.

Today, all of these industries are looking with interest to the world of coffee. All of this is to be featured at the International Hospitality Exhibition, to take place from 20 October to 24 October 2017.

Milan, 20th October 2016 – Thanks to the historic Sic – International Coffee Exhibition – show, HostMilano has for 40 editions now been the “home” of the Coffea seed and all of the worlds that revolve around it. A place where the entire industry travels from the four corners of the earth to come together – from growers to roasters and from coffee machine manufacturers to those in the vending market. But HostMilano also includes the “cup and spoon,” the entire concept of coffee shops and contract interior design as well as coffee-based deserts and recipes from starred chefs and bartenders that use this black powder to make one-of-a-kind creations. which is to take place from 20 October to 24 October 2017 at fieramilano Rho, is shaping up to be quite a success. In fact, 1,158 companies have already reserved a space a year out from the show, confirming this is to be an international show – 42% come from 44 different countries while 58% of these exhibitors will bring “Made in Italy” to the trade faire. The area that includes Coffee and Tea with coffee and vending machines, Bars and Gelato/Pastry, is one of the flagship areas, with the Bars section already seeing 70% of its space occupied. The big names from “Made in Italy” – and elsewhere – are to be featured. In fact, there are an increasing number of companies from abroad that bring a different view of and way of drinking coffee, which is also now being offered in Italy as an alternative to the classic espresso. Top players to be present include Oro Caffè, Imperator, TorrefazionePortioli, Caffè Moreno, Hario, Monin, Probat-Werke Von GimbornMaschinenfabrik, G. Bijdendijk, Rhea Vendors Group, La Spaziale, La Marzocco, FrankeKaffeemaschinen, Vitamix and Thermoplan. However, there are also to be small, talented independent producers, ensuring that the show will offer a complete view of the industry’s trends. The presence of 1,500 select buyers (chosen thanks to an international network of local agents) will ensure that supply and demand are truly brought together.

The overlap with other industries will ensure exhibitors have business opportunities thanks to the dominant trend of the moment, which is “cross-pollination” among industries, with coffee corners more frequently offered inside supermarkets and clothing shops, and with coffee being almost a must-have as part of expanded offerings in gelaterias, pastry shops and bakeries.

It is at the heart of every coffee bar, but single-portion products are also making inroads

The black drink that came from the Middle East and made its way to Europe five centuries ago is certainly not showing its age. It has begun the Third Millennium more vital than ever, and is seeing growing numbers.

Analysis by the Competitive Data research institute points out that, in 2015, sales of roasted coffee in the Ho.Re.Ca. channel in Italy were stable in terms of volume but grew by 1.3% in value,  reaching 844 million euros. Single-portion products are really seeing a boom, with an increase of 23.5% spurred on by the hybridization trend among industries. Ever more coffee shops offer this type of format with machines that use capsule systems that are ideal for shops that deal in less volume than classic coffee bars. These places include pastry shops, gelaterias, wine bars as well as gourmet restaurants and shops that have a dedicated corner for their customers. b, coffee consumed outside the home in Italy is worth 1.2 billion euros, with a breakdown of: about 630 million consumed in bars (with 41% of turnover for these businesses coming from coffee products), 270 million consumed at self-service stations, 130 million in food service and group catering, 126 million in restaurants, 25 million in hotels and the remaining 10 million in other channels. Coffee-based products, such ginseng coffee, mixes and cold coffee creams are also making progress – these three products are seeing the most success in coffee bars. Organic coffee is also popular. Today, it can be found in 15% of bars, and cappuccino based on soy/rice/oat milk is offered by 32% of bar owners.

Coffee is being distributed throughout the world, entering markets that traditionally didn’t drink it. Japan, for example, imports more than 430,000 tonnes of coffee per year, and is third to only the United States and Germany.

Events in the name of coffee

Sic has always meant business as well as high-level training, offering spectacular events with the best international baristas who will take part in competitions and demonstrations. Many innovations are being planned for 2017, with the major industry associations taking part at HostMilano as they traditionally have. These include: Wce – World Coffee Events, ScaeSpeciality Coffee Association of Europe, Fipe, the Italian Federation of Public Concerns, and Altoga, the Association of Lombard Coffee Roasters, Coffee Importers and Wholesale Food Retailers

Some events have already been confirmed: Altoga and Fipe will join Host 2017 to create an event that is entirely dedicated to the world of coffee in all of its various incarnations, including healthy and tasty options, starting with the green bean and moving on to toasting and grinding phases, to finish with tastings of the blends. The Coffee Science Hub from the International Hub for Coffee Research and Innovation will be a centre for scientific research inside HostMilano. Here visitors will be able to speak with researchers and use the laboratory tools provided in order to explore the secrets of coffee from an unusual perspective. Finally, at HostMilano, Scae Italia will present a document that will define the characteristics of the aromatic profile of Italian espresso – this is part of the research to be carried out by experts and associations that is to last a year and begin at the end of October.

As the result of the “Internet of Things,” the latest generation coffee machines, toasters and grinders are programmable and interactive. They allow even the least expert user to obtain good results, and allow the most sophisticated baristas to regulate pressure and temperature in order to get the best of the most refined blends. HostMilano has always been not just a show but a hub for trends and innovation, and thus it is to once again present the latest solutions. Those seen as being the most avant-garde (so advanced that they are ahead of industry trends or that are innovative in terms of functionality, sustainability and ethical implications) will get the much sought-after Smart Label, the recognition for innovation in professional hospitality promoted by Host – Fiera Milano, in collaboration with POLI.design, the consortium of Politecnico di Milano. 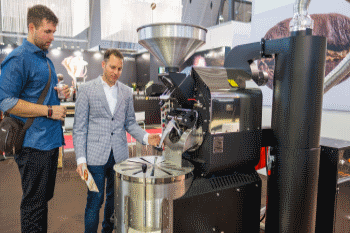 What Will Be the Future of Hotel and Restaurant Start-Ups? 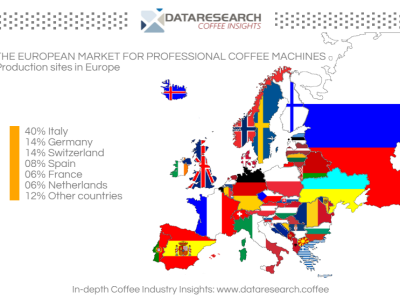 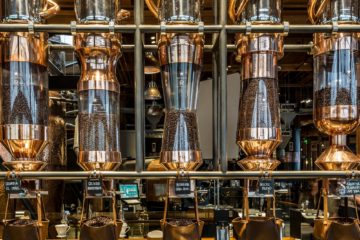