The “Coffice”, the Phenomenon of Working in Café Cafés too have long been places of networking, in the UK the early coffee houses of the 16th century financial district in London acted as places where people would gather to learn about the news, debate current affairs, and network. In modern times the café for some people is also a place of work, either in solitude, or in a practice that is becoming more common in cities – co-working – where people, often independent, get together to work in the same space as others. There are various forms of co-working and co-working spaces, from dedicated spaces that can be rented by people wishing to co-work aligned to a particular industry, to more informal arrangements such as meet-ups for freelancers organised in cafés via social media.

There are a number of factors that have driven the growth of demand for co-working spaces  including the rise in mobile working and the ‘gig economy’, and the rise in rental prices for office space. Many cafés have become sights of co-working, a ‘third space’ for people to get together and share common interest and skills, and combat the isolation that can affect people working independently.

There are some who see the café as a good place for remote workers as it can provide ‘just enough distraction’, it ‘can make work seem more fun’, as it is somewhat removed from an office environment. There is even research that suggests the buzz of a café can create a positive environment for creativity. As Ruth Hodge highlights in her chapter on the ‘Coffice’ in Coffee Shop North: “It is a very conducive place to work. I can roll down a hill to the local, brush the sleep from my eyes as I order a flat whit and set up for three hours on the end of the bench in the corner of the café. From there, I’ll write. I’ll work. I’ll get slightly distracted by the internet once or twice . The slow hum of the café, the grinding beans, echoing quietly as if to keep me alert to what I’m doing but also down out my own tendency to procrastinate”.

While Ruth is talking about working in cafés more generally, the principles for people who co-work still apply, but with added benefit of being able to interact with others too. For some cafés the potential of customers intending to use their space in this way is part of their business model, while for others it presents a challenge in that people who take up space in the café to work for several hours may be taking up space for other customers who would be buying more food and drink. Facilitating co-working: There are cafés such as TimberYard in London who advertise themselves as ‘the creative hub in the heart of London’ and explicitly state that they offer ‘welcoming workspace fused with specialty tea and coffee’ with bookable meeting rooms. Here the café can become the ‘coffice’ and they will help you with that. Their Soho branch even has  lower ground floor which is a ‘creative companies workspace’ which is designed as an open plan desk space. Another company Ziferblat (with UK branches in London, Manchester and Liverpool), where you pay for the amount of time you spend there, rather than the goods you consume, holds meetings for customers such as ‘Freelance Fridays’, an opportunity for independent workers to get together and have some company while they work. They even have co-working packages which provide customers with facilities such as printing, and storage options. Having recognised the demand for co-working spaces this company have explicitly sought to positions themselves as a provider. Another example can be seen in the Cowork café in Arlington in the USA which operates on a membership model which includes some food and drink. Customers have the opportunity to work at different types of work stations and seating in a café environment that is designed to be conducive for working.

Restricting co-working. For other cafés, people using their space to work, or co-work is more problematic as they rely on customer turnover to generate revenue, and people taking up tables for hours on end is not conducive for this. The BBC reported last year on how some cafés were removing or restricting their Wi-Fi, or removing availability of power sockets to try to prevent people taking up space for long periods of time, and their café becoming a sea of laptops. Recently an article highlighted how one café in Vienna was charging for use of power sockets after 15 minutes use too, although this was more in response to tourists using the café to recharge their phones than people working in the café.

People engage in co-working for a number of reasons, including: to interact with people from their existing networks, to expand their networks, to reduce isolation in freelance and creative occupations, and to increase motivation. For many people social media is an important platform for finding out about co-working spaces, or event. There are websites and even apps and twitter accounts dedicated to highlighting suitable co-working spaces (many of which are in cafés) globally such as Work Hard Anywhere, Coffice, CoWorking.Coffee and Work From. While for many people the café, and other co-working spaces have become an integral part of their working lives, and while the practice of co-working is likely to continue there are barriers to this. Research I have conducted suggests that some co-workers feel uncomfortable in a café space because the ‘have to keep buying drinks to justify being there’, while the cost for customers is still too high suggesting that even going out to a café and buying a few drinks and working alongside others in their industry is a treat if they have a good month, rather than something they can engage with on a frequent basis.

The phenomenon of working in café is not new, and will be likely to continue for as long as people are working and cafés are available, but it will be interesting to see to what extend café businesses seek to position themselves on the co-working issue – do they welcome people who wish to work in their space, or initiate measures to make their environment less conducive for work, and what impact will these moves have on the cafes, and the local community? 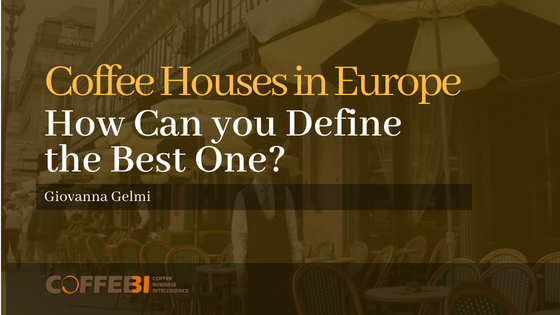 Coffee Houses in Europe: How Can you Define the Best One? 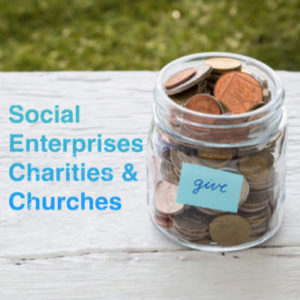 Why a Not for Profit needs to be Profitable! 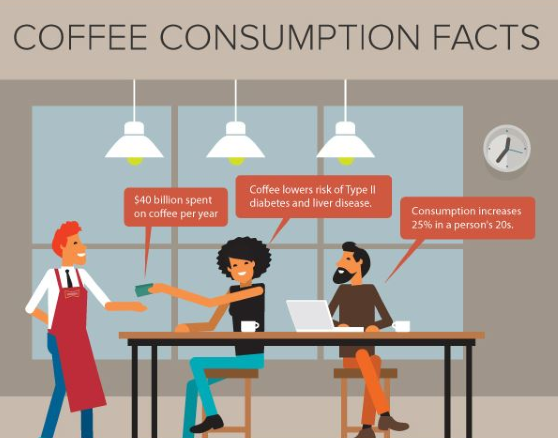 Everything You Need To Know for your Coffee Business