Having established its presence in the top ten coffee producers in the world year after year, Mexico can be attributed to being one of the largest global coffee producers, heavily focusing on the growth of organic coffee.

It is believed that the Spanish got the beans with them in the late 1700s, from Cuba and the Dominican Republic. However, it did take some more time for the local farmers to have acquiesced the growing pattern so that it could be exported. History shows that producers were faced with the options of either ‘growing big or going home’, and they often ended up succumbing to the latter, given the fact of how coffee farming was yet to be developed on a serious note. The turn of the 20th century eventually saw the landscape of coffee farming ib the country transform to keep up with its contemporaries.

Owing to the country’s scenic location nestled between the Pacific and the Atlantic, the country prides itself on its thriving Arabica production. If you’re someone who doesn’t like the thought of instant or filter coffee, you’ll be in for a ride as Mexican coffee has irreplaceable unique flavours, akin to a candy bar. Yes, lots of chocolates, nuts, and roasts!

While the main crops continue to be corn, wheat, and tropical fruits, the four states of Oaxaca, Veracruz, Chiapas, and Puebla seem to have pure dominance of the crop, shaping the lives of the locals there. The noteworthy feature here is the fact that while these states heavily focus on coffee production, they differ when compared to each other. For instance, coffee from Oaxaca tends to have an aftertaste reminiscent of milk chocolate and almonds, beans from Veracruz are extremely sweet, with traces of well-roasted hazelnuts. In Puebla, the coffee tends to taste like walnuts and caramel, and in Chiapas, notes of dark chocolate with cherries, at times. Since the coffee is so good, the locals consume almost half of what they produce, quite contrary to the consumption pattern of the neighboring countries like Honduras and Guatemala. This also translates the fact that perhaps some of the good quality coffee never leaves the country.

When you search for Mexican coffee, the top result would be that of the traditional Café de olla, which is essentially coffee boiled in a clay pot called ‘olla’ with ‘piloncillo’ (raw cane sugar) and cinnamon. That’s how the Mexicans like their coffee to be. The other results of Mexican coffee are perhaps something more alcoholic in nature. Specialty coffee has been taking up Mexico City by storm. It can be said that the country has been kept on the radar since it is supposed to be promising enough in the coming years for a massive coffee community. Mexico City tops the list of the best coffee places in the country, and perhaps you can get your coffee fix at cafes such as Quentin and Buna, whose espressos will keep you coming back for more. 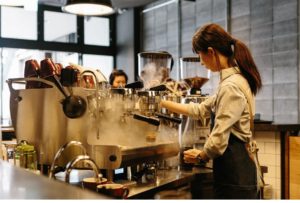 Not Only Tea: The Japanese Are Coffee Lovers 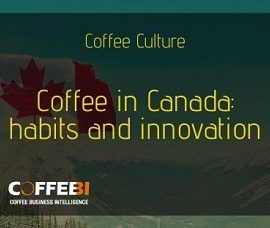 The Netherlands and some specialty cafés