Some of the most recent trade statistics suggest that Myanmar has nearly 49,000 acres of coffee plantations of which 90 per cent of the produce is Arabica and the rest is Robusta. Although the production levels are quite meager, reaching 8000 tons per year, however, the value of exports has increased significantly over the past few years from US$6 million from US$1.5 million during FY 2014-2018. Arabica production is concentrated in the highlands of Shan State and the Mandalay Region, while Robusta is mostly cultivated in the Southern lowlands of the Kayin State.

“From zero to hero”, Nathalie F, Manac’h, founder of Nat Coffee,  a successful coffee entrepreneur shares her thoughts on how she ventured into bringing high-quality specialty coffee from Myanmar to Switzerland.

What factors influenced you to make an investment in the Burmese coffee sector?

Back in 2015, when the coffee market was like a white map or a none map country, we decided to venture into Myanmar just for a simple reason. We gathered that Myanmar was an Arabica island. 90% of the coffee grown in Myanmar is of high-quality Arabica while the rest is Robusta. While in contrast to its neighbors Laos, Thailand and also India, we find a lot of Robusta coffee. So, we were interested to see and evaluate the quality of coffee in 2015 and based on that evaluation to see what is the potential for investment. After a very exciting first venture, right after the Democratic election in 2015 when  President Aung San Suu Kyi came into power after sixty years of military regime and isolation, we had the opportunity to gather some coffee bean samples from Shan State which is more in the East of Myanmar and also from Chin State and we could see the potential for high-quality coffee Arabica was huge but the turnover production was very small. From then onwards we said our motto is “From zero to hero”. Our goal is to go from nothing to something of very high reputation in the future. With this idea of going the extra mile, and investing in the very basics such as coffee processing station, washing station and labour education we were pioneering and taking this as an opportunity to take up responsibility on ground.

Why  Myanmar for your coffee procurement?

We gathered that as a pioneer we can achieve higher margins in a new market, so simply the dividend in one of the least developed regions in Asia and selling to most developed industrialized markets such as Switzerland & the UK for example has already translated into high margins for us, because the coffee price at the beginning was extremely low. The market of coffee was almost non-existent because coffee was not of a major concern until 2015 when the military regime existed in the country.  So, we started at the basis of a very low production or rather low prices because we were one of the few or the only Western Company to operate from “ bean to cup”- right from cultivating to picking the beans,  processing and packaging  all along the value chain which made it profitable for us to operate in a country with such a small production. We are not only exporting green coffee beans but we aim to acquire a more sustainable income by promoting coffee tourism in Myanmar in the near future.

Tell us more about your recent collaboration with the Memories Group?

The Memories Group and Nat Coffee are partnering in a segment which is Eco-tourism, while we want this to link with Barista, or coffee lovers more and more because the local coffee market in Myanmar is significantly increasing similar to what we have witnessed in China or Indonesia. For instance, I assume that in these new markets where there is going to be a surge in the production, although it is not evident yet.  We are looking at an educative tour where our customers will be enjoying a four days package tour in one of the coffee growing regions. We are mostly targeting the Chin State which shares its borders with India.

The coffee sector is highly competitive in terms of pricing and quality plus there are numerous markets around the world who are ranked as top exporters. So, how do you intend to market Nat Coffee in such a competitive environment? Given the fact that Myanmar is only an emerging market.

I believe that it’s a lot about authenticity.  Most of the coffee importing companies or multinational companies work in a Western country and are detached from any direct operations apart from having brokers or traders for some projects. In contrast, we work hand in hand with the local coffee farmers which makes us pretty much anchored in Myanmar. We have a second headquarters in Geneva , which is widely popular as being the second biggest platform for coffee trade worldwide,  mainly for futures in hedge.  Geneva houses many multinational coffee conglomerates such as Starbucks, Sucafina, Nespresso, etc and many more. Most importantly the proximity of Nat Coffee with these leading companies is very beneficial to grow and expand on an international arena. The varied exotic origins of Nat Coffee together with Swiss Quality Standards has in fact sparked an interest in the European markets. 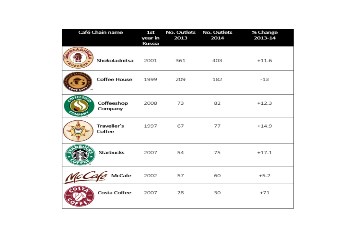 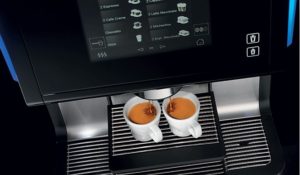