Coffee prices saw an increase in the last two weeks after a decline was witnessed in February this year, report Deccan Herald.

The recent coffee price increase raises hopes for coffee growers as they look at the market with great optimism. Coffee farmers were worried with a downward fall in prices last February.

Prices in February reached a five-year low with Rs2,600 per 50kg bag for Robusta coffee and Rs6,500 per 50kg for Arabica. Recently, the price have gone up to Rs3,300 and Rs8,200 per 50kg bag of Robusta and Arabica respectively.

It has been estimated that the global low coffee yield may be the reason behind the increase in world coffee prices. Major Robusta producing areas like Vietnam, Brazil, Indonesia and India have seen a 10% decrease in coffee production yields. In Brazil, the Espírito Santo, which is the highest Robusta growing region has witnessed yield declines. This has brought about an upward movement in the price of Robusta.

Droughts have affected coffee yield in Vietnam, Brazil, Indonesia, Columbia and African countries. Meanwhile in India, soaring temperatures during summer and deficit monsoon have been one of the reasons that brought about low yield. According to Ajith Prabhu, a coffee grower in Kalasa, “If the weather is conducive, then each bunch will have 55 to 60 beans. This year, however, each bunch has only 40 beans.”

However, the exact rate of Robusta in Vietnam and Indonesia will be known when harvesting completes in November. If the expected yield for Robusta is not reached, then prices may go up to USD 200 per tonne.

For the past years, the coffee industry has had some difficulties due to rising cost of production and labor shortages. With the recent price increases in the international market, coffee growers believe it will bring an improvement in the economy of coffee growing areas. 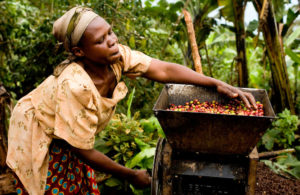 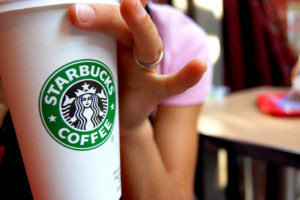