Coffee consumption has continued to increase throughout the year and so have prices at the time of consumption in both Europe and U.S.A.

Nonetheless, coffee prices have fallen sharply in 2018, reaching, in September, the lowest price per pound since 2006.

The drop in prices is putting pressure on growers, especially smallholder farmers, as the cost of production is surpassing the profitability of the harvest.

What are the major causes of the decline of coffee prices?

The major factors affecting worldwide coffee prices are connected with 2 of the biggest producers, Brazil and Vietnam.

Both countries are experiencing an amazing harvest with a crop yield that exceeded all expectations.

This is creating a huge surplus of coffee beans on the market, especially for Arabica, and lowering prices.

Brazil is also undergoing a period of political uncertainty which lead the real, the Brazilian currency, to drop in value, dragging coffee prices further down with it.

On a smaller scale, market fluctuations in regards to exchange rates and speculators are playing a part in coffee prices.

Who is affected the most?

Smallholder farmers are the ones suffering the most from the price crunch.

It is estimated that, for a farmer in Latin America to break even, they would have to sell their coffee beans for 1.08$ per pound; this price would not account for equipment maintenance nor emergencies.

Rabobank latest report points out that cost of labour is pushing farmers in Central America to leave the crops on the trees instead of harvesting them especially in areas that are harder to reach.

Farmers in Brazil and Vietnam are not as affected as weak currencies and low productions cost give them a chance to profit even at this stage.

Countries with stronger currencies, such as Indonesia, India and Kenya, are under pressure and searching for solutions to avoid bankrupting smallholder farmers without forcing them to switch to different crops.

Governments and corporations are stepping in.

Global awareness on the matter of sustainability and livelihood of smallholder farmers is growing all over the world.

In Colombia, where coffee is one of the largest export in the country, the government is stepping in with proposals aimed at subsidizing farmers to guarantee fair prices and wages. The Columbia Agricultural Minister aims to help growers with debt assistance, funding for the purchasing of fertilizers and incentives for crops renovation.

Roasters and retail corporations are also launching their own sustainability initiatives to support growers and promote fair trade.

For example, Starbucks has pledged 20 million dollars to support smallholder farmers until coffee prices rise back up to a profitable level.

Many roasters have also committed to buying only ethically sourced coffee, partnering with non-profit organizations such as the Rainforest Alliance, to guarantee a fair income to growers.

One of the proposals that is gaining the most traction is the one advanced by Colombia and Brazil, who believe we should move coffee stocks from the consuming countries back to the producing ones. This move aims to give back control over sales to growers and create a multi-national organization that would oversee supply and demand (as it already happens for oil and other commodities).

With the initiatives started by retailers, there is a push to remove the middle-man, the trader, and source coffee beans directly from growers to easily guarantee the sustainability of the product.

Packaging and marketing will also play an important role in influencing consumers while increasing awareness on the issue. 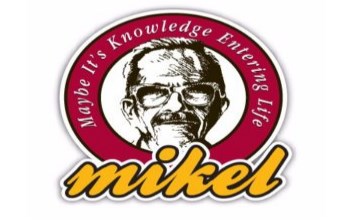 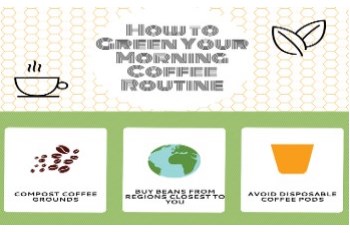