Neighborhood and Coffee: Starbucks in Japan Starbucks, the global coffee chain company is starting to try and do things a little differently. Famous for introducing its stores with their similar style and operations across the globe, with increasing competition, the company has had to think about how it can move with the times and have a wider offering of store types. In some markets the company has sought to introduce luxury ‘Reserve’ stores and roasteries (one is planned for Tokyo in 2018) with a wider range of coffee preparation methods, and the offering of a more premium Starbucks experience (Kell, 2014).

Howard Schultz, the former CEO of Starbucks said that he wanted to make Starbucks stores a destination in themselves:

“People are still longing for connection, and a sense of community, perhaps more so now that they are spending more time at their computers, or working from home” (Foroohar, 2014).

In addition, the company has suggested it intends to open more express outlets, mobile coffee vans, and more specialised retail outlets (Foroohar, 2014). Starbucks has had a presence in Japan since 1995 , and now has over 1,100 stores across the country. More recently it has introduced a new store format – Neighborhood and Coffee.

Unlike many Starbucks stores which are located in urban centres, these stores tend to be located more in the neighbourhoods where people live – designed to be your local neighborhood coffee shop.

They are designed with plenty of seating, to be welcoming and more of a place where you would want to go to sit, relax and meet people – one store in Kobe even has a special rooms that allows customers to bring their dogs in too.  Unlike the usual Starbucks stores there is less of the bright green branding, instead focusing on more subtle branding and lighter colours.  The menu is these stores is a little different, focusing on the Starbucks Reserve coffee, and they also served different food as well as beer and wine.

For some people this move by Starbucks indicates recognition of a new wave of espresso culure in Japan, and for others its a sign that Starbucks have realised they need to do something different – their standard stores are ubiquitous and in order to continue to expand they need to provide a higher quality offering of coffee, and a different kind of space. Given the rise in specialty coffee in many countries, particularly in the UK, it will be interesting to see if this concept appears anywhere else. I noticed on a recent trip to London for the London Coffee Festival that one of the Starbucks stores had already opted for the branding without the usual round green mermaid logo, instead going for the lighter wooden look. 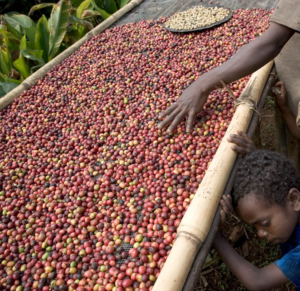 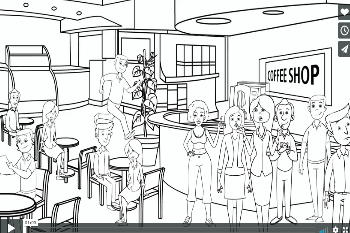