According to dailycoffeenews.com, Christian Etzinger, an engineer from Austria, got the idea of designing a coffee grinder in which the inner burr remains fixed and a motor-driven ring burr spins around it, which is opposite to the norm of a stationary ring burr and motor-spun cone burr. After many years spent on developing the mechanism and working with Baratza, Etzinger has become a brand and designed its espresso grinder called the EtzMAX, based on the same fundamental Etzinger Mechanism.

The two versions of the EtzMAX are being prepared, one with time-based grinding named The EtzMAX Medium T, and the other with weight-based grinding with Bluetooth connectivity, named The EtzMAX Medium W. It is not only the outer-ring-spinning system, which the company calls the EtzJET mechanism that differentiates the EtzMAX from the Baratza Sette line. A different motor, a belt drive system and a different burr rotation speed are some of the features that make Etzinger different. The only parts that are shared with ‘Baratza’ are the front display circuit board, the hopper stopper and the cone burr holder.

The grinder first appeared at the World of Coffee event in Budapest and the most frequently asked question there was about the relatively small size of the burrs for a commercial machine. The company representatives said that it doesn’t need to be bigger in order to be more efficient and that Christian’s motto is to reduce things to its maximum and make it easy for users to replace all its components with a screwdriver in 5 to 10 minutes of time. Although it is small, The EtzMAX has great grinding efficiency, durability and performance with grind speed of 3.8 grams to 4.3 grams per second for espresso.

By 2018, the company intends to release the grinders on markets overseas with three interchangeable etzJET variations. The Light version with a grinder body made of fiberglass-reinforced plastic, a Heavy version containing a motor three times “stronger” than the stock model, and a Super-Heavy featuring the strongest motor and a 42mm conical burr set. 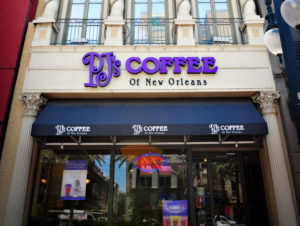 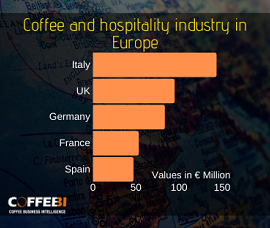 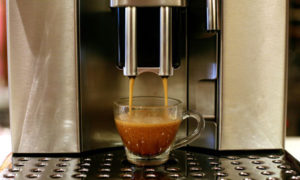 Coffee machine production to be open in St.Petersburg