While Turkey could be said to be a perfect amalgamation of the East meeting the West, the first coffee shop of a modern-day standard was established in Constantinople, around 1554-55. Quite distinguished, the coffee culture evolved into being something special as it was unprecedented. As a result, the brewing techniques were unique, revolving into a tradition of its own which are still widely followed.

What is so special about Turkish coffee ?

Coffee, for the Turkish, is revered highly. It’s supposed to be not just a beverage but a binding essence to bring communities together, invoking a sense of solidarity and memory. The people of the nation have always been delighted with the joys that this beverage brings with itself, and the often-used quote goes like, ‘The memory of a cup of coffee lasts for forty years’.

When it comes to preparing the beverage, utmost care is taken to use the extremely high-quality beans and ground them finely, followed by adding milk, sugar and water, if desired in a copper pot called ‘cezve’. It’s then roasted well, without much elaboration which thereby gives out a succinct fragrance.

Turkish coffee can be said to have emerged as a social norm more than anything else, with the literature widely praising it. What’s more remarkable is the fact that this very coffee style has been registered on UNESCO’s Representative List of of the Intangible Cultural Heritage in 2013.

To talk in terms of caffeine, Turkish coffee is a rich blend of Arabica beans. Ironically enough, the nation doesn’t grow a single coffee plantation. Perhaps poor climate or great relations since medieval eras, the Turkish have always imported coffee from the global caffeine leaders.

It’s said that the Turkish people love their coffee so much that the imports exceeded $1 billion in the period from 2011-2015. The rise in imports can be mainly attributed to the caffeine aficionado among the young and old alike, as well as a surge in the modern-day coffee stores which are much-loved by the rising youth population. The data revealed by the International Coffee Organisation (ICO) says that the consumption in the nation is rising by 15.6% every year. After the national witnessing its first International Coffee Festival held in Istanbul in 2015, it doesn’t take rocket science to state that the numbers are going to soar in a few years’ time.

To talk about the most-loved stores in Istanbul which is said to be a perfect combination of the past and present, east and the west, tradition and modernism, Petra Roasting Co, Geyik Coffee Roastery, Coffee Manifesto top the charts. Story coffee, Spada coffee, Rafine espresso bar offer a dash of ultra-modern phenomenal coffee bars. The capital city of Ankara boasts an amazing collection of shops such as Coffee Bus Ankara, Paper Roasting Coffee & Chocolate, Padam coffee and else.

When you visit Turkey, remember, ‘Coffee should be black as hell, strong as death and sweet as love’. Remember, it was here where the modern-day coffee shop experience took birth, hence they believe in the saying, ‘Heart wants neither coffee nor coffeehouse, it wants friendship- coffee is just an excuse’. 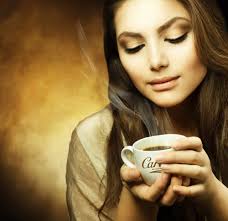 Cold Brewed, not iced: how Gen Z’s new trends will chill the industry 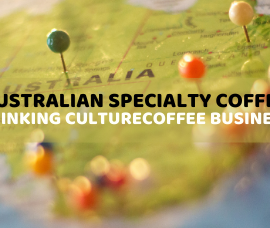